Set a command argument if host-variable is false

I am trying to create a command (with the help of the director) which is executed via SNMP.

Since the arguments differ according to version, I assign the hosts a Boolean value called “use_snmp_v3”. The arguments are to be assigned using the host variable (use_snmp_v3).

This works if the value is set to “true”, then the corresponding values are assigned with “set_if = $ use_snmp_v3 $”.

Is there any way to solve this?

and see if you can create some Icinga DSL code that matches your needs
https://icinga.com/docs/icinga-2/latest/doc/08-advanced-topics/#use-functions-in-command-arguments-set_if

I guess the easiest way would be to also create a user_snmp_v1 variable and use that.

Thanks, got it done with it: 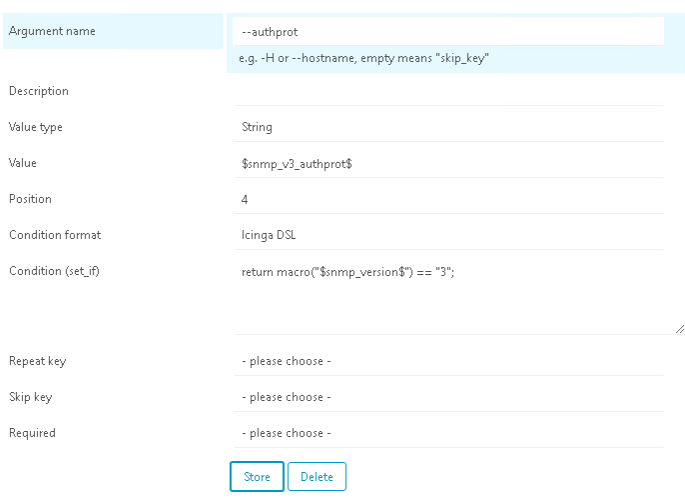