Interview with the developers

In the context of the new Icinga DB, I had the idea to interview the developers that have worked on the project and publish those in the form of blog posts on icinga.com in the coming weeks.

I already have a pool of questions for each concerning the project as a whole, but do you - the community - have any questions you want to ask?

I have technical concept questions, it also could be a good points for the upcoming discussion at Fri April 3.

My database statistics during the test with 100k services per minute show the following:

We can still see here a lot of reads & updates which i expected to be handled by Redis. 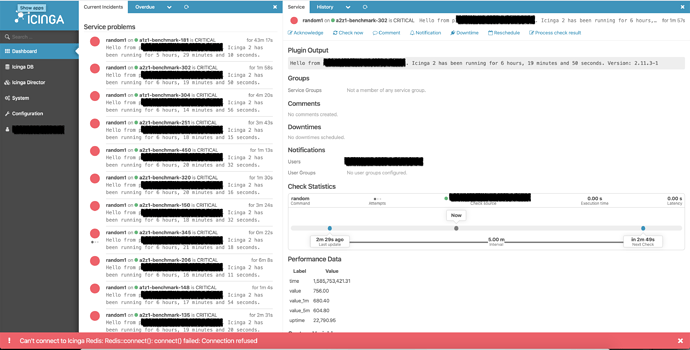 Password field missed which is not transparent with IcingaDB config: https://github.com/Icinga/icingadb/blob/master/config/config.go#L23

For now I can only guess what requests going from Icingaweb to Redis and i would like to see a clear schema of data/request flows, also wondering why we still have host_state and service_state tables still present in MySQL

Could you please provide additional information and/or documentation of how to configure it and for what cases it could be useful.

Hello!
I’ll forward this to our devs!
Thank you for the detailed points you brought up!

We will look into what we can present about this and how we can improve the documentation to make things clearer.

Have a wonderful day,
Feu