I made a fresh install of Icinga 2 with Icinga DB, Icinga DB Web, Icinga Web 2 as well as a PostgreSQL database and a Redis server to store the all data.

When setting up Icinga Web 2 I noticed that configuring the “monitoring” feature was not possible due to it using the old IDO feature which I had not set up up as the Icinga Documentation describes it as “deprecated” and the “predecessor of Icinga DB”.

However, I need to integrate a Puppet DB as an import source for all our hosts to be automatically added to the monitoring environment but using the official PuppetDB feature does not seem to be an option (anymore) as it requires the monitoring feature to be enabled and configured.

So my first question would be if there is a way to import a Puppet DB without using the monitoring and IDO features. I tried configuring a backend with IDO and just disabling it in Icinga Web 2 but that does to solve the problem:

Also, when disabling the monitoring feature the UI option for “Icinga DB” completely disappears which I find weird because I thought these two should work completely seperate from one another. 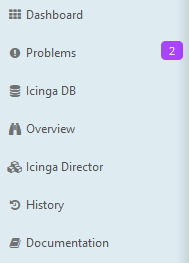 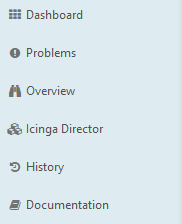 EDIT: I of course mean the monitoring “module”, feature is not the right term.

I actually found an answer to my second question regarding the menu entries in this article: https://icinga.com/blog/2021/11/18/releasing-icinga-db-v1-0-rc2/

However running both IcingaDB and the monitoring module doesn’t seem to make much sense to me as do not want to configure and use the old IDO feature.