How to edit host variables

I’ve been thrown into (cold) water and I’m getting to know icinga2. No deployment docs, no know how, no handover, there’s nobody I could ask. I’m using (or better say they are using, I’m just looking at it with open mouth) Icinga2 with Director. enough of crap, sorry

There are hosts already defined via Director and we’ve just found out that some MSSQL servers aren’t monitored for MSSQL services. And that’s because they don’t have a custom variable named mssql_instance. MSSQL health check is running only on hosts having this variable set.

Could anybody please explain how to modify a variable? it’s not a problem doing it on conf file level, but I need to be sure there’s no other way. 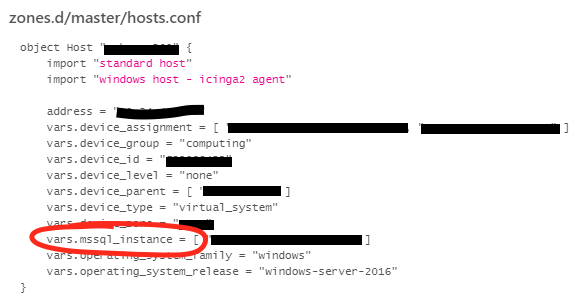 this is a host which does not have the variable set: 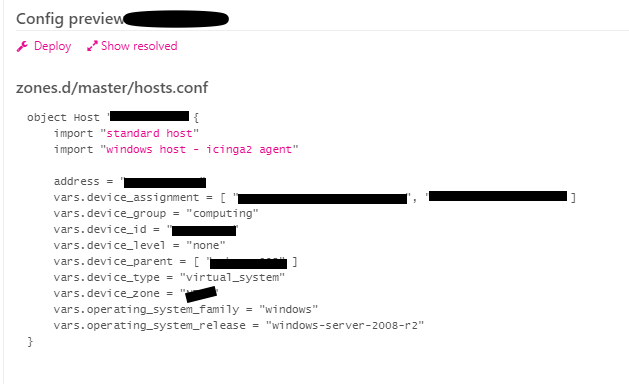 and here are Custom properties of a host in 1st screenshot (it’s having mssql_instance set but it’s not visible in Custom Properties): 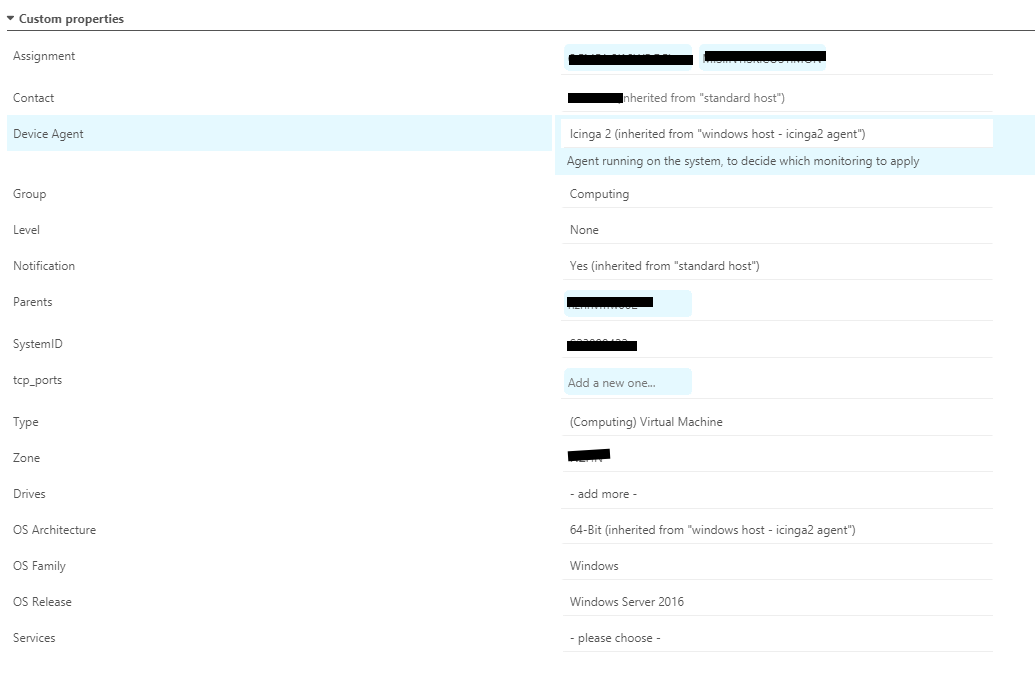 If it already exists, you can assign the custom attribute to the Host Template under Director --> Hosts --> Host Templates --> YourTemplate --> Fields.

The data field has been defined in Director, it was missing in the Template. I have added it to the template and now I can edit it. Thanks a lot, you helped me